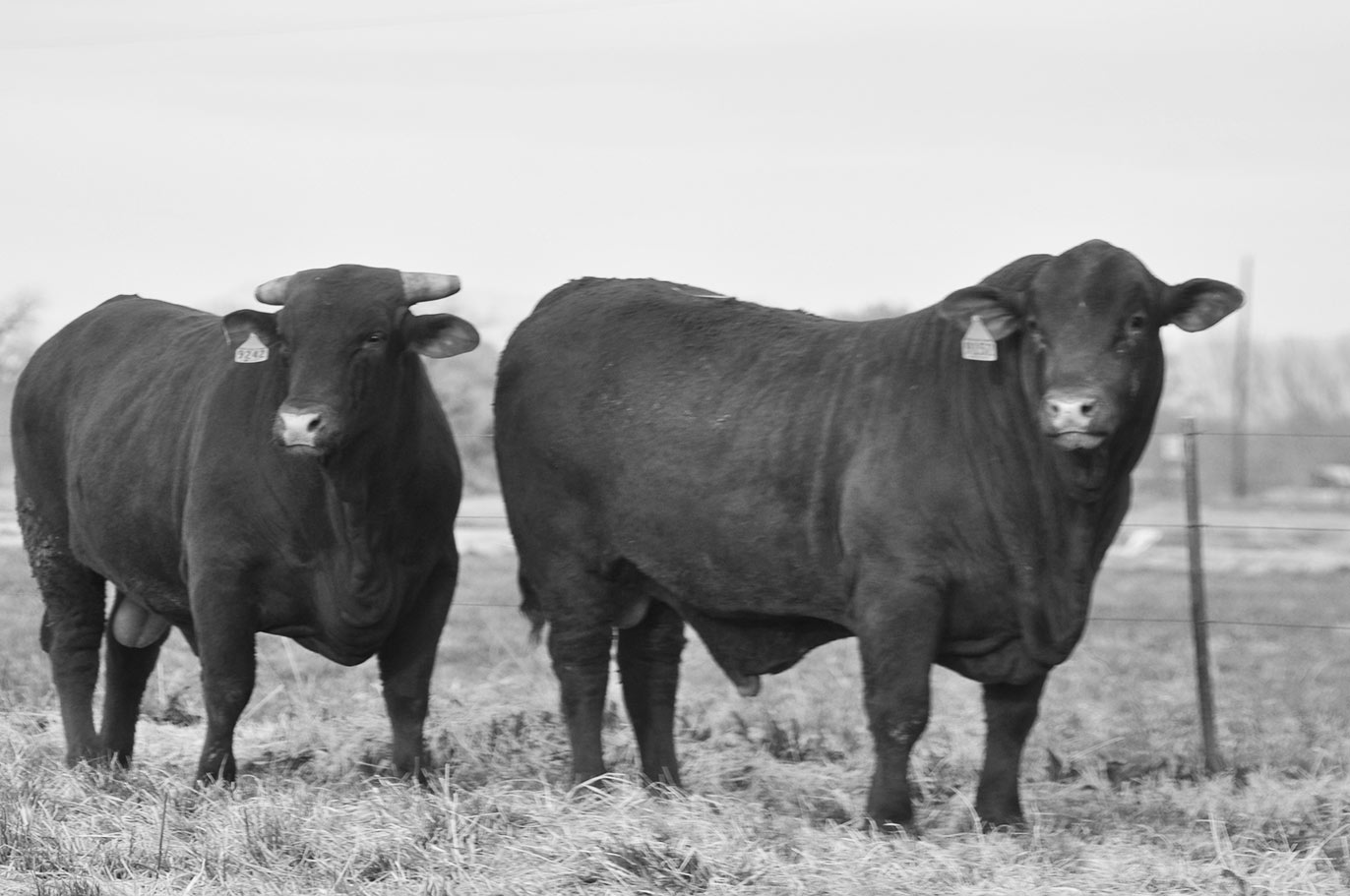 The power of Red Doc Farm is mainly revealed within its herd sires.The goal of Red Doc has never been to chase fads but to select and execute what works for them. Red Doc has combined genetics from various operations that focus on feed efficiency, fertility, hardiness milking ability and carcass data. As a result, Red Doc has become a reliable source for powerful genetics that are constantly sought after by both registered and commercial cattleman. 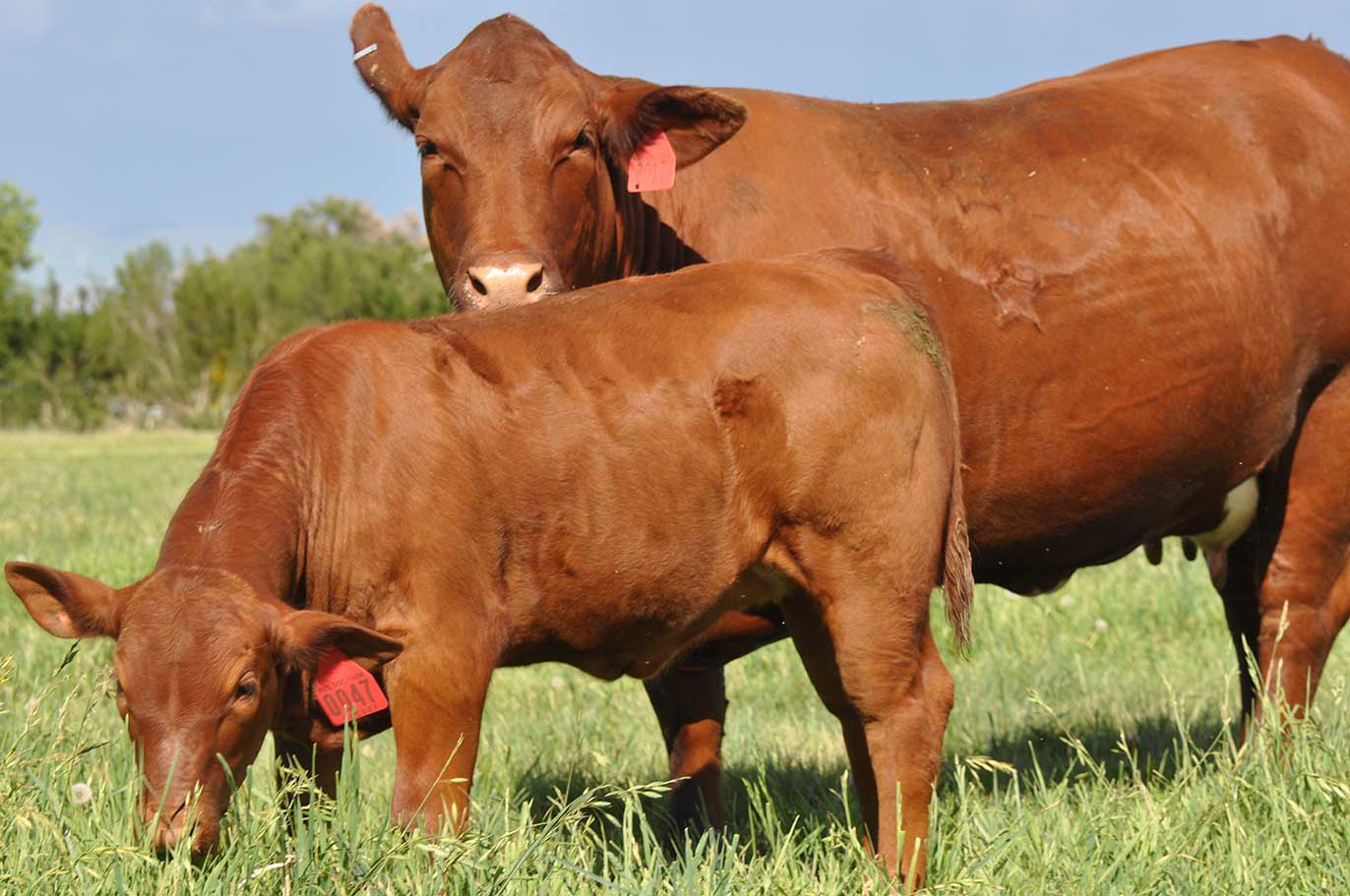 Red Doc Farm and the Sanchez family would like to send out an incredibly special thank you to Ideal Video Productions and our very good friend, Wade Fisher, for providing us the extraordinary opportunity to live stream the services for Doc and Jessica.
This will allow people from near and far to be a part of the services during these uncertain times.
The live stream link will be posted here on Saturday morning. ... See MoreSee Less

We will be laying to rest our beloved, Dr. Roland K. Sanchez and Jessica Sanchez, MD on Saturday, November 28. Services to celebrate their lives will be held at Our Lady of Belen Catholic Church.
Services are as follows:
Drive through viewing 9am
Rosary 11 am
Eulogy 11:30 am
Funeral Mass 12 pm

Skip the big box store lines due to the shutdowns!
We have beef available for custom butcher! Get yours today!
Call 505-507-7781 or DM if interested. ... See MoreSee Less

Roland K. “Doc” Sanchez M.D. was born at home in Pueblitos, New Mexico, to Adolfo and Nancy Sanchez. He was their firstborn son, a red headed boy who came from humble beginnings with no running water in his home. Dr. Roland was raised in a farming community and was influenced by his grandparents, relatives, and neighbors who brought him up in the old ways of New Mexico that stretched back to his old Spanish traditions of strong Catholic faith in Christ, family, and community. Roland served as an altar server, sacristan, and lector for Our Lady of Belen Church.

Roland was a little guy with a big heart and a hard work ethic. As a young man, he was hired to hoe chile in Jarales and would work as day labor for the local farmers baling hay and digging trenches. He and his older sister, Joan, would carry water from their grandparents’ home every day.

He challenged conventional thinking, as well as his school teachers in their knowledge and had a unique gift for making friends with all types of people. He coached little league and was elected to Student Body President of Belen High School. In high school, he participated in football, wrestling, academics, National Honor Society, Boy’s State, and 4-H. He was an alternate to the Navel and Air Force Academy. Roland always tried to make a difference in his community. He latter borrowed a suit for an interview at New Mexico State University, where he was accepted in the College of Engineering. He then continued hitch-hiking back home to help with his family farm, where he would leave his mark on New Mexico history.

In college, Roland was instrumental in helping other New Mexicans successfully bridge the gap from poverty through hard work and education and go on to obtain degrees and pursue great careers. He hungered for knowledge and wisdom and overcame numerous barriers along the way. Roland walked on to the Varsity Wrestling Team at NMSU and he established Chicano Studies. He graduated from NMSU as a Civil Engineer and was a member of Blue Key. However, he desired to better serve his community which lead him to attend medical school at the University of New Mexico.

Roland worked hard and was one of the first groups of Hispanics to complete Medical School at UNM. His drive was not only for himself but to also open doors for other Hispanics and New Mexicans to be given a fair opportunity to enter into medical and law school. During medical school, he met his wife Elia Padilla from his hometown of Belen. From that moment forward, their lives moved at a fast pace. The two dated briefly and were soon married. They moved to Fort Worth, Texas, where he completed his Residency at John Peter Smith Family Practice Program. Dr. Roland would transform into a great physician in his Residency Program. He was always eager to learn and work long hours caring for his patients. Dr. Roland and Elia were then blessed to have their first child Jessica while in Texas. He graduated as a Board Certified Family Physician, and despite many job opportunities to stay in Texas, he and Elia chose to move back home to Belen.

On February 2, 1979, he established his private practice despite the near 20 percent interest rate at the bank’s reluctance to loan the couple money to build their clinic. Roland trusted in God and soon he served as Chief of Staff at the Belen Hospital until its closure in May 1990. He delivered several babies and saved and served several lives while the hospital was opened. Roland remained after the hospital’s closure and retooled his practice to remain viable during the physician buyouts on the 1990s. He along with his wife Elia continued to grow their practice and family over the years. The practice still continues to serve the community as well as patients throughout the state.

Dr. Roland Sanchez was a multidimensional man, upon his return to New Mexico, he and Elia started farming and raising Santa Gertrudis cattle. He had seen the beautiful red cattle when he was a young man at the New Mexico State Fair and later in a magazine while in Fort Worth.

He had a desire for a sustainable farm and ranch and was a pioneer in Valencia county working with experts to pioneer rotational grazing, laser leveling and modern cattle genetic practices for beef cattle in the area. He and Elia developed Red Doc Farm which was named for Doc’s famous red hair that matched the Santa Gertrudis cattle. Red Doc Farm is now an internationally known source for top quality genetics and the highest average seedstock producer in New Mexico. Doc and Elia along with their six children and now grandchildren run Red Doc Farm headquartered in Bosque. Red Doc Farm, under Doc’s guidance, has grown into a modern sustainable farming and ranching operation including vegetables and Red Doc’s flood irrigated Pinto Beans. Doc loved being on the farm, ranch and practicing medicine and always found time for everything. He met many, many people in his years of service as a physician and in business as a cattleman.

He loved people most of all and made lifelong friends in serving his patients and through all who passed through his life on the ranching side of his business. Faith in God and family is what he believed in most. Roland was a man of vision a man who followed his convictions, unapologetic, a soldier for Christ and made a difference in this world. He enjoyed life and dancing with Elia in his arms. He enjoyed attending Mass, keeping the old traditions alive within his family, the Spanish language, the Catholic faith, Matanzas, Novenas, his history, hard work ethic and the American Dream of hard work success and religious freedom. He and his wife Elia were proud member of the Knight of the Holy Sepulcher. Doc supported several organizations including the local 4-H, FFA, National Santa Gertrudis Junior Association, Saint Mary’s Catholic School in Belen, NMSU, UNM School of Medicine, New Mexico Hispanic Medical Association along with several other organizations.

He loved and enjoyed his nine grandchildren who he went by as “Papa.” He loved spending time with his family and friends. Many people lives were touched by Doc. He was a mentor to many young men and women in the community. He took care of those in most need and always worked to accommodate his patients. He lived every day with joy, peace and happiness, always knowing that everything will work out if you trust in God.

Roland was the cornerstone of his family who leaves behind a legacy of love, hard work, sacrifice, old world traditions, compassion and dedication to God and family. He will be greatly missed, but never forgotten.

The Sanchez family would like to thank the community for all of their love and support during his lifetime. In lieu of flowers, the family requests that donations be made to the Jessica Sanchez Enlighten Your Life Foundation, which sponsors scholarships at St. Mary’s Catholic School in Belen, where the family attended school. Donations can be mailed to P.O. Box 657, Bosque, NM 87006. ... See MoreSee Less

Our beef has consistently graded high for 20 years. Our beef is a great flavorful product! We currently have beef available in whole and half sizes. Don't miss this opportunity to have beef that is better than the best!

If you are interested in beef, now is your chance! We have beefs available! Call 505-507-7781 today to reserve your whole or half. ... See MoreSee Less